Podcast Episode about how amazing Georgia Highschool Football is!! Life and Football!

A must hear interview with Charlie Ward Heisman Trophy Winner as a FSU Quarterback and former NBA Player! 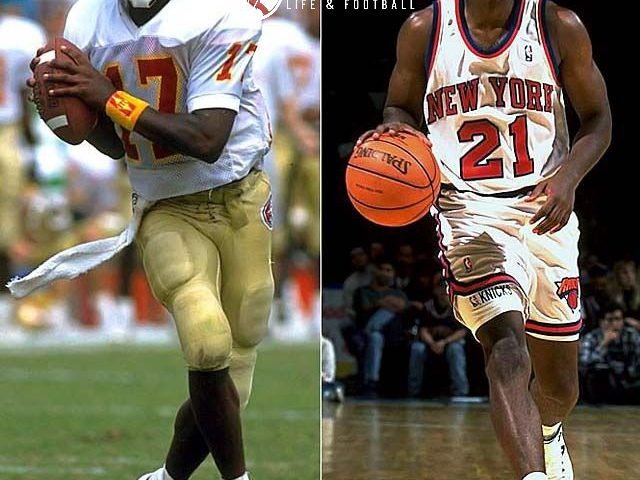 In this episode of the Life and Football Podcast our special guest is Charlie Ward. Charlie Ward is currently the Head Basketball Coach at FSUS Highschool. Charlie Charlie Ward, Jr. is a husband, father, mentor and coach who embodies the principles of integrity, hard work and faith in God. He is so grateful to serve as head basketball coach of Florida State University Schools, the reigning Florida High School Three A Basketball State Champions. Charlie inspires adults and youth alike with his character and how he shows up in the world. Described as a once-in-a-lifetime athlete and human being, Charlie’s commitment to serve others is deeply respected in the sports community and far beyond. His calm demeanor and powerful leadership message of preparation, perseverance and patience set strong examples for business leaders, organizations, students and families. He continues to be highly sought after for his motivating and inspiring “Chalk Talk” keynote addresses and workshops, which he has presented around the world to teams, churches, organizations, conferences and businesses. Listed among the most outstanding college athletes in modern history, Charlie, a two-sport athlete, was a stellar quarterback in football and an equally impressive point guard in basketball at Florida State University (FSU). During his senior year, he won over 30 awards, including the Heisman Trophy, and set 19 school and seven Atlantic Coast Conference records, subsequently leading the FSU Seminoles to their first-ever National Championship under legendary Coach Bobby Bowden. After graduating from FSU with a Bachelor of Arts degree, Charlie was drafted twice by Major League Baseball and was a first-round draft pick of the New York Knicks. The Life and Football Podcast is available on Apple Podcasts, Google Podcasts, Anchor, Spotify, Breaker, Overcast, Pocketcasts, Radio Public, Stitcher, Player FM, & YouTube! Lifeandfootball.com