A Day in the Life with Coach Kendrick Stewart

The Florida High football program has made major accomplishments!  By continuing to be a serious force in the State of Florida Class 3A football division. In 2017, FSUS made it to the State Semifinals against Oxbridge Academy. In 2018, the Seminoles made it to the State Semifinals again against King’s Academy. And, in 2019 Florida High defeated Lakeland Christian in the Semifinals and went on to play in the State Championship game against Chaminade-Madonna. Finishing 2019 as the State Runner up with 12-2 record. Head Coach Jarrod Hickman has team full of playmakers. And one who we will focus on in the video above Four Star Defensive Back Ahmari Harvey. Havery is currently a Student Athlete Florida State University School. He’s one the program’s top defensive targets in the 2021 recruiting class and has committed to the be an Auburn Tiger. Ahmari a natural playmaker with great ball skills that has produced at the high school level. Uses super leaping ability to his advantage. Not afraid to lower his head and strike a ball carrier in run support. Can work the slot and play man coverage. He is very good at Wide Receiver as well. Likely a multi-year starter for a Power 5 program with the upside there to develop into an NFL Draft pick. 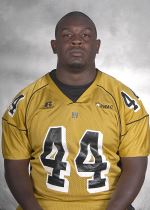